Hundreds, if not thousands, of studies are published each month attempting to identify why Americans are fatter than ever. It can’t be genetics, since this phenomenon has escalated far faster than our genes can evolve. The obesity epidemic, distilled to its essence, is basically a result of eating too much and moving too little. Researchers at the RAND Corporation found that what we are eating is too much junk. They conducted a survey in 228 urban areas around Los Angeles and Southern Louisiana to estimate calories consumed from fruit, vegetables, cookies, candy, salty snacks, sweetened soft drinks, and alcohol in 2,767 people. They found that most people in Los Angeles averaged 60% more, while folks in Louisiana averaged 120% more, than the maximum recommended allotment for “extra” calories from sugary or fatty junk foods, yet consumed far too few nutritious foods, such as vegetables and fruit. The researchers conclude that “...unless the excessive consumption of salty snacks, cookies, candy, and sugar-sweetened beverages is curtailed, other interventions focusing on increasing physical activity and fruit and vegetable consumption will have a limited impact on obesity control.” 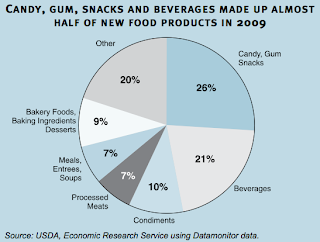