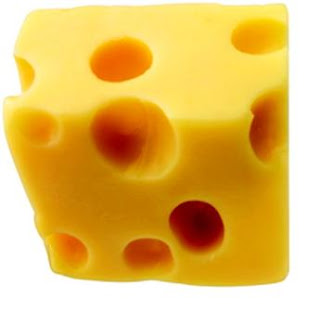 Full-Fat Cheese
This dairy product is an excellent source of casein protein—one of the best muscle-building nutrients you can eat. Danish researchers found that even when men ate 10 ounces of full-fat cheese daily for 3 weeks, their LDL (“bad”) cholesterol didn’t budge.

Iceberg Lettuce
Conventional wisdom suggests this salad staple is nutritionally bankrupt. But as it turns out, half a head of iceberg lettuce has significantly more alpha-carotene, a powerful disease-fighting antioxidant, than either romaine lettuce or spinach.

Mushrooms
This fungi’s metabolites — by-products created when mushrooms are broken down during digestion — have been shown to boost immunity and prevent cancer growth, report researchers in the Netherlands.

Pork Chops
Pork contains almost five times the selenium — a mineral linked to a lower risk of prostate cancer — of beef and twice that of chicken. And Purdue University researchers found that a 6-ounce serving daily helped people preserve muscle while losing weight.

Red-Pepper Flakes
A Dutch study found that consuming a gram of red-pepper flakes — about half a teaspoon — 30 minutes prior to a meal reduced calorie intake by 16 percent. Plus, new research suggests its active ingredient, capsaicin, may help kill cancer cells.

Vinegar
Scientists in Sweden discovered that when people consumed 2 tablespoons of vinegar with a high-carb meal, their blood sugar was 23 percent lower than when they skipped the antioxidant-loaded liquid. They also felt fuller.

Eat This Not That - Men's Health
Posted by Shiara at 7:36 AM