10 Foods Most Likely to Make You Sick 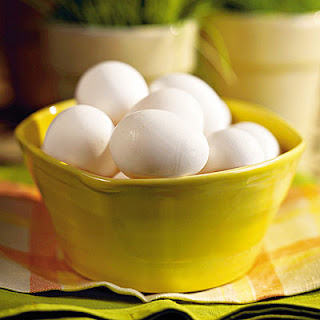 Depending on where you're located, the early mornings may be frosty by now and by evening the weather cools down quite a bit. Where I live the weather tends to skip Fall all together and go from Summer to Winter. The result in the weather turning cold on us is getting sick more frequently. Here below is an article from WebMD which lists several foods that may have caused illness. The main point is to continue to eat healthy foods such as leafy greens, just do sanitary preparation such as washing the lettuce before consuming.

10 Foods Most Likely to Make You Sick

By: Todd Zwillich and reviewed by: Louise Chang, MD

Here's a surprise: Some of the healthiest foods may also be the most likely to cause food-borne illness.

That's the conclusion in a report by the Center for Science in the Public Interest (CSPI). The report shows leafy greens, sprouts, and berries are among the most prone to carry infections or toxins.

"We don't recommend that consumers change their eating habits," says Caroline Smith DeWaal, the CSPI's head of food safety programs. Instead, the group is trying to point out vulnerabilities in the nation's food safety system as it lobbies Congress to beef up enforcement.

The group analyzed CDC data on food illness outbreaks dating back to 1990. They found that leafy greens were involved in 363 outbreaks and about 13,600 illnesses, mostly caused by norovirus, E. coli, and salmonella bacteria.

It is unclear how many of the outbreaks can be blamed on the foods themselves. The CDC's database can't discriminate between outbreaks caused by tomatoes, for example, vs. those caused by other ingredients in a salad. Foods like potatoes are almost always consumed cooked, so it is unlikely that potatoes themselves caused 108 outbreaks.

Still, Smith DeWaal called the list "the tip of the iceberg" when it comes to food-borne illnesses in the U.S. Not all outbreaks are reported to public health authorities. In addition, the analysis focused only on foods regulated by the FDA; that leaves out beef, pork, poultry, and some egg products, which are policed by the U.S. Department of Agriculture.

"Consumers always want to know what they should do to avoid getting sick," says Sarah Klein, lead author of the report. She recommends "defensive eating," including keeping food cold and cooking it thoroughly, chilling oysters and avoiding them when raw, and avoiding raw eggs or using them in homemade ice cream.

Several bills that are circulating in Congress aim to crack down on food safety by requiring all food producers to keep written safety plans and giving the FDA more power to inspect plans and enforce rules.

"In a relative scale our food supply remains quite safe," says Craig Hedberg, a professor of environmental and occupational health at the University of Minnesota School of Public Health. The CDC says 76 million Americans get sick from food-borne illnesses each year.

"Because most people don't experience a bad outcome from a lapse in good behavior it's difficult to enforce," he says.

Posted by Cathryn Powell at 2:02 PM